The guarantor of the International vocal masterclasses and their art director is Peter Dvorsky, which is within the scope of the courses involved in the educational training of new singing talent. The young students are working in two groups, which are conducted with the help of Peter Dvorsky and Zlatica Livorová. Zlatica Livorová was the exelent singing teacher at the Academy of Music and Drama in Bratislava. The high quality of the project also demonstrates international participants occupation. In the last years of success in courses attended by the singer from Canada, Japan, Netherlands, Ukraine, Austria, Czech Republic and Slovakia.
The participants have been presented out of the developed courses for the public also at the evening concerts. In the end, students will receive a certificate on completion of the course, the active participants will sing on 17th July 2014 on the final concert with the orchestra. International singing master courses  of Peter Dvorsky, as an artificially major international project, in Piestany become a tradition. 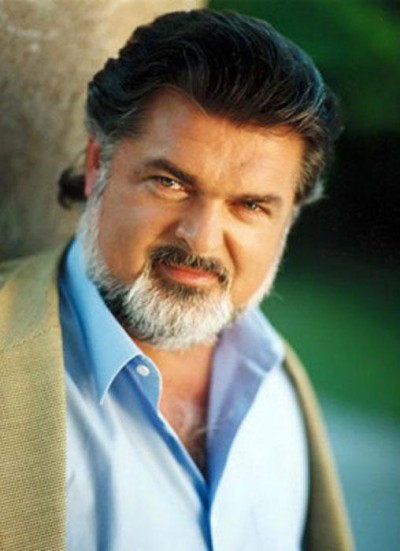 To the Opera of the Slovac National Theatre was recruited in 1972 during his studies as an exceptional talent. Many of his victories in international competitions opened him highway to appearing on tour in operas  almost all around the world.
Since 1977 features  on the most prominent foreign stages and is a regular in the State Opera in Wienna.

Already in 1977 he performed in the Metropolitan Opera in NY in a character of Alfred Germont in Traviata, he continued in  The Great Theatre in Moscow, in the Wienna State Opera, in Milan La Scala,in Londonian Covent Garden, in the Opera Theatre in Florence and with the ensemble  of La Scala  in 1981 he also visited Japan.
A significant breakthrough in his carreer was a year 1979,when he worked up Werther in Zurrich in the  eponymous opera  by J.Massenet. He sang La Boheme in La Scala, then in Verona Arena, in Munich (1984) and in the Metropolitan Opera in NY (1987).
At the beginnig of 80´ ties, he was officially classified as one of the four best tenorists of the world(along with P. Domingo, L. Pavarotti and J Carreras) and his partners were the best world-wide singers.
Peter Dvorský incarnates the highlight of the world rank in the context of slovac interpretative school. His  presence on the home ground  elevates the slovac opera on the international level. His foreign operation once again promotes Slovakia in the most positive way and includes it within the first european rank  in the international prestigious field  such as opera . As the one of the leading world-wide tenorist he promotes the slovac interpretative school. In addition to this meritorious activity, he stays connected with his home stage as a regular.

On the present is Peter Dvorsky Opera director of the Slovac National Theatre.

A significant pedagogue- the professor of opera song-the graduate of opera and concerto song from prof.Anna Hrušovská at the College of Performing Arts, wife of a prominent slovac tenorist František Livora

She taught at the  State School of Music and at the College of Performing Arin Bratislava.Zlatica Livorová is invited into juries of international cantorial competitions, for example the competition of Mikuláš Schneider-Trnavský in Trnava, Antonín Dvořák in Karlovy Vary,  in Brno and many others. She was a sought-after profesor of periodical international master interpretative courses in Rožňava pod Rahoštěm, Jaroměřice nad Rokytnou and on the present in Piešťany.

Assistent of Singing
Studied at the School of Music and at the College of Performing Arts in Bratislava, where she attended classes of prof.Vlasta Hudecová. She won a third prize in the Dvořák competition in Karlovy Vary(Czech republic), the prize of Slovak Musical Fund and in 1988 she reached the final of the L.Pavarotti competition in Philadelphia(USA).She attended cantorial courses in Weimar/H.L.Kuhse/, in Siena /Danielle Ferro/, in Malmö /Dorothy Irwing/ and in Zvolen/Dan Jordachescu, Paolo di Napoli.As a guest she performed in the State Opera of Prague, in Brno,in the Chamber Opera in Bratislava,in Austria,Germany,Italy,Sweden and in the USA. In years 1993 – 2002 she taught song at the Christian School of Music in Bratislava,since 2002 she  teaches  song at the State School of Music in Bratislava.

Performers graduaetes Participants of singing courses, who was choosen by Lectors, and Peter Dvorsky,

Accommodation in Hotel Balnea Splendid Hotel ***, Piestany with full board

Everyday training with a particular professor